What do you do when one man owns everything? You steal it, and you break his stuff.

Our Farm is a tabletop RPG for 3-5 players. You play as displaced farmers piloting magical golems - farm equipment retrofitted for battle - to take back your land from the wizard Tysanto, who gained a monopoly on food production and forced you into sharecropping.

He’s powerful because he owns stuff. You are powerless because you don’t.

Form a cooperative. Teach yourselves magic. Steal some farm golems, strap an energy sword or a gravity manipulation device to them, and make your own way.

You’re fighting this wizard, yeah, but you’re also fighting the system that ensured that this would happen in the first place.

You should play this game if you

Our Farm is a lightweight RPG focused on exciting and quick combat (how light? rules reference is just one page). One player takes on the role of the Game Moderator, and the others will play farmers and their golems (the PCs).

This game is Illuminated, and is made using the LUMEN system created by Spencer Campbell of Gila RPGs. This game is not affiliated with Gila RPGs.

The LUMEN system is focused on power fantasy, fast combat, and clear gameplay loops. Our Farm adds to that some details around cooperatively generating missions, some mechanics for scene structure, and a sheet to track the cooperative with a few simple stats.

This game also changes the mechanics slightly to remove effects on the individual, and turn those effects to the cooperative. That means that PCs don’t have individual health, they cannot die, and they only level up or improve when the cooperative improves.

As in other LUMEN games, actions are resolved with a small d6 dice pool with partial successes and interesting complications. Golems have a small selection of powers that do not require a roll at all. The rules are very simple (3 stats, 3 powers) and flexible. No initiative, no grids, no maps, no miniatures.

You can play Our Farm as a one-shot, or over a short campaign. It is particularly well-suited to open tables and changing groups.

Our Farm was designed and written by Fen Walters. All text within (but not the images, typefaces, or layout) is CC-BY-SA 4.0 licensed.

The golem images were drawn by @izzypetersart, thanks to Itchfunding efforts from early buyers.

This game is Illuminated, and is made using the LUMEN system created by Spencer Campbell of Gila RPGs. This game is not affiliated with Gila RPGs.

It was created for the LUMEN Jam, which has so many amazing projects that you should really check out.

The cover image uses a photograph by eberhard grossgasteiger, obtained via Pexels and used under a free license.

In order to download this game you must purchase it at or above the minimum price of $10 USD. You will get access to the following files:

Support this game at or above a special price point to receive something exclusive.

Spoiler alert: the concept of a single entity buying up all of the farmland in order to monopolize food production, and turn farmers from independent producers into debt-laden, corporate-beholden subjects is not some wild fantasy. It’s already happening. Actually, it has largely already happened, and it is terrifying.

One of the ways that we, as consumers, can fight back is to refuse to support these monoliths. This is inconvenient (when it is possible at all), it limits our food choices, and can be prohibitively expensive. It is not something that everyone is in a position to be able to do.

But if you can, and you already support local small farmers in your community (community supported agriculture, farmer's markets, food co-ops, produce stands, etc.), please take a copy of this game for free. This is an unlimited pool, I’ll just add more if it ever starts running low.

If buying this game or purchasing local produce would present a hardship for you, then please take a free copy here. I've seeded this with 25 copies initially, and I’ll add another community copy for every copy purchased (and another for every $2 paid over the asking price) and every rating or review the game receives.

Our Farm Becomes the Battlefield opens with two sentences: “What do you do when one man owns everything? You steal it, and you break his stuff.”

A gorgeous game that knows its theme and drives it home on every page.

I love that this is a more thoughtful and philosophical take on what is normally a high-octane shoot-first-ask-questions-later sort of SRD! A must for any LUMEN fan or revolutionary!

This is an awesome and very educational game. Anyone that doesn't understand why capitalism is bad should get this game just to read it and learn.

I could say so much more about this and I did over here!

What an awesome premise, and such a tightly designed game built around that premise. I am extremely stoked that this game exists – thank you Brian!
I recorded some of my thoughts during my first readthrough here: https://twitter.com/yes_jon/status/1412235635440570369

Thank you so much! 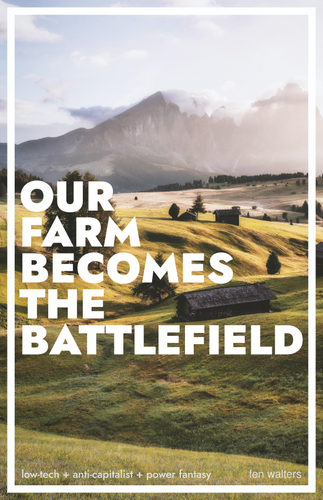 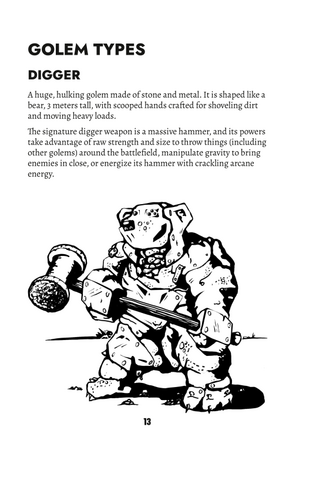 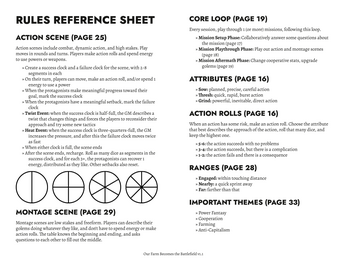 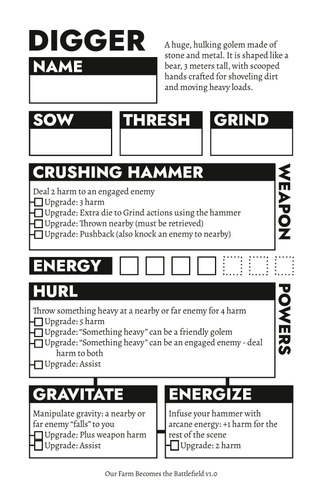 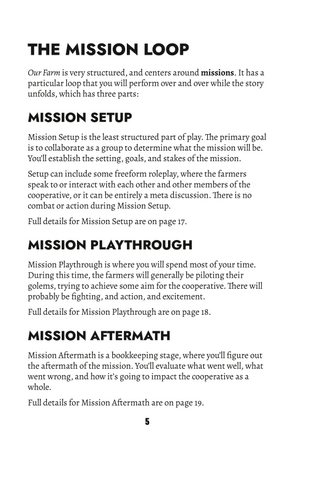 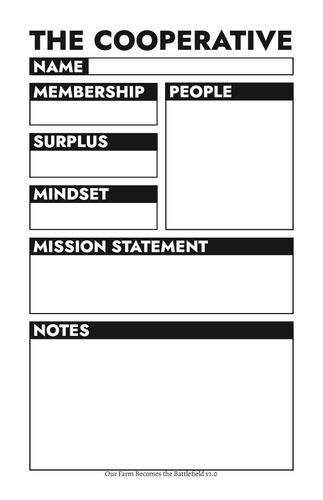